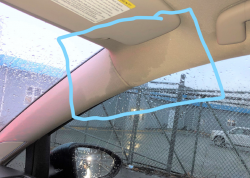 There's a serious defect with VW Group's panomaric sunroofs. So when are they going to do something about it?

Those cracks are more than enough to allow water to leak into the car's interior which soaks the headliner and can cause a dangerous amount of interior condensation while driving.

But, worst of all, the lawsuit says the water can damage sensors and has even caused vehicles to suddenly brake in the middle of the road.