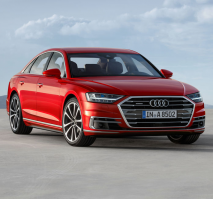 Are the twin-turbochargers in Audi's 4.0L V8 engine starved of oil? An investigation has been opened into dozens of complaints about the engines being difficult to start or suddenly shutting down due to turbocharger problems.